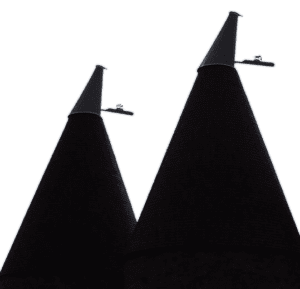 Slating – Slate is the oldest natural material you can use on your project. Formed over 500 million years ago by way of sedimentary rocks being crushed into huge veins in mountains and valleys. These stratas being cut for many generations now all over the world, none more famous than welsh slate. These sheets being cut into thin textured or smooth, richly coloured in natural shades.

Slate is an age old trade and one which is different to all the other crafts we have learned. It must be performed correctly, with care to provide the end user a smooth beautiful water tight roof.

This trade has been plied by us for many years and our work can be seen on as varied selection as Gazebos, houses, barns, French manoirs, polo complexes and many more. One of our high quality slate roofs will enhance any project.

Slates come in many sizes, shape and colours. Our experts can help the client choose the best option to suit the budget and surroundings of the project. Our knowledge of slate can benefit any client.

Dorton House School for the Blind

The works included the usual strip and renewal of the roof with a few added extras: the complete treatment of 1,200m² of the close boarding, the renewal of all lead to match existing together with the removal of all asphalt tower flat roofs and construction of new ad-hoc timber decked and code 8 covered flat roofs.

Daniel cooper, Surveyor said: “During the course of the contract, a number of difficulties have had to be overcome. For example, the removal of huge redundant galvanised metal tanks from the roof void without compromising the temporary scaffold roof.

“In addition, the tanks had become a home to a colony of pigeons and cleaning was required, for reasons of health and safety, prior to removal.

“For fire and safety reasons it was agreed that the tanks would be cut with hydraulic cutters into manageable sizes and removed via the scaffold hoist.”

The team was also tasked with removing the existing roof dormers and windows, roof lights and the building of all new hardwood joined in structures to match existing.

The ongoing project is in two phrases both requiring temporary scaffold roofs of 1,400m each.

Three cranes and eight weeks later, the contractor team moved in to start the work……

“Some would say the project was over planned,” Said Wayne,“ but as it turned out this worked well and the project has gone to budget and plan.

“The main problem encountered on site was giving smelling salts to the lead team leader John Wills. Once he saw the work involved, he said “how much lead in code 7 and 8? Best tell the wife I’m gonna be late”

Wayne added: “Bringing together the project which has been far more then your standard roof contract has been a pleasure and given the good nature of the client and site surveyor which has allowed the works to come in on time and on budget.

“In this current climate with many contractors fighting to make a profit, this is a blessing. If only all jobs could be like this one.”

Surveyor Daniel Cooper added: “To date, the contractor has performed in sound and workmanlike manner. The on-site operatives have respected the ongoing operation of the building and have allowed to the society to function as normal.

“Ashford and Cranbrook management team has operated professionally at all times, complementing the team-based relationship of the client and surveyor.

“The contract is due for completion on time, on budget despite the number of extra works that have been instructed.”

Sally- Anne Passmore, RLSB’S finance director said: “To date, we have been very happy with Ashford and Cranbrook roofing.

“Their work has always been on time and in budget. Not only have there staff been courteous, helpful and diligent but they have also been sensitive to the needs of working in an environment that is frequented by blind and partially sighted people.”

Click the image above to view the full project